The talented British rapper, DJ and singer-songwriter Blane Muise, better known by her stage name Shygirl comes to The Wiltern on Friday, March 24th, 2023. Shygirl rose to prominence after collaborating closely with friend Sega Bodega. The English rapper, is co-head and founder of the record label and collective, Nuxxe. Together with Sega Bodega and French producer and performer COUCOU CHLOE, Nuxxe was formed from a desire to create music and art with an easy-going separate from other pre-establishing labels, and to introduce a sound that no one had heard before. Shygirl has listed prominent musicians as being her biggest musical influences, like Mariah Carey Madonna, and Rihanna. 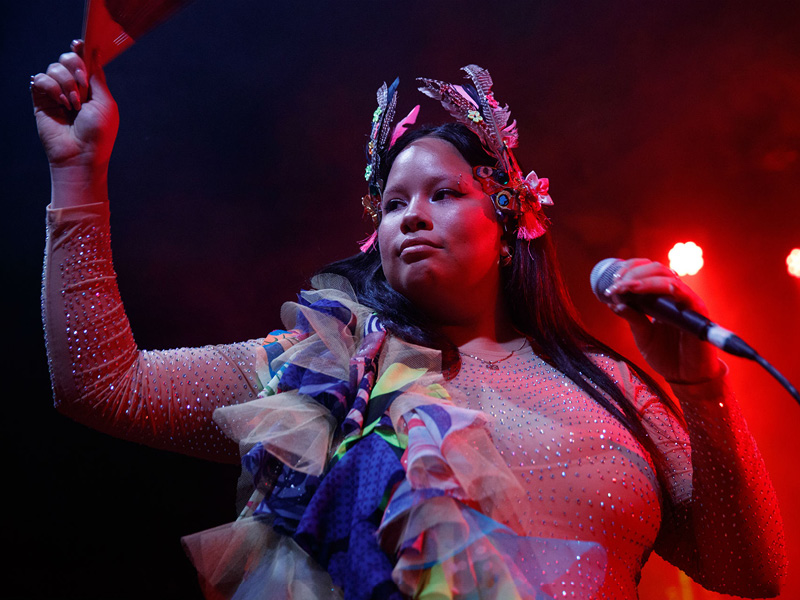 Blane Muise, a British rapper, DJ and singer-songwriter, born in South London, is better known by her stage name ‘Shygirl’. Rising to prominence after collaborating with friend Sega Bodega and French producer and performer, CouCou Chloe, when they formed their record label Nuxxe In 2018.

Shygirl, known for her well-known experimental pop, has become a sensuous and pervasive force in UK club music over the past five years, gaining attention from the likes of Rihanna. She has released various singles since 2016, on her Nuxxe label, and finally in 2018, Shygirl quit her day job to pursue her music career. Shygirl has listed Mariah Carey Madonna, Rihanna, as her biggest musical influences.

Nymph, the debut studio album by British rapper and singer Shygirl was released on 30 September 2022 and charted at the number 1 spot on the UK Dance Albums chart, and number 7 this side of the pond on the Billboard Top Dance and Electronic Albums chart. The album also received positive reviews from NME, Crack Magazine and Pitchfork calling it, "Sensuous, funny, and smartly produced, the London artist’s full-length debut transforms dusky electronic beats and trending pop sounds into a singular celebration of sexual agency."