Are you ready to be taken Up in the Clouds through the reverb-driven live music of the Australian surf-garage rock band Skegss? You better be because the Aussie boys will leave no stone unturned in their North American tour, which will stop at The Wiltern on March 4, 2023. Join the Toby Cregan-led trio as they perform at the famous Los Angeles venue. Welcome spring with a bang by jamming to Skegss' hit songs such as "LSD," "Up in the Clouds," "Midnight Eyes," and many others. Don't let the boys' laid-back demeanor fool you. The moment they pick up their instruments and perform their songs, you are in for a wild ride! Reserve your tickets now by hitting the "Get Tickets" link. 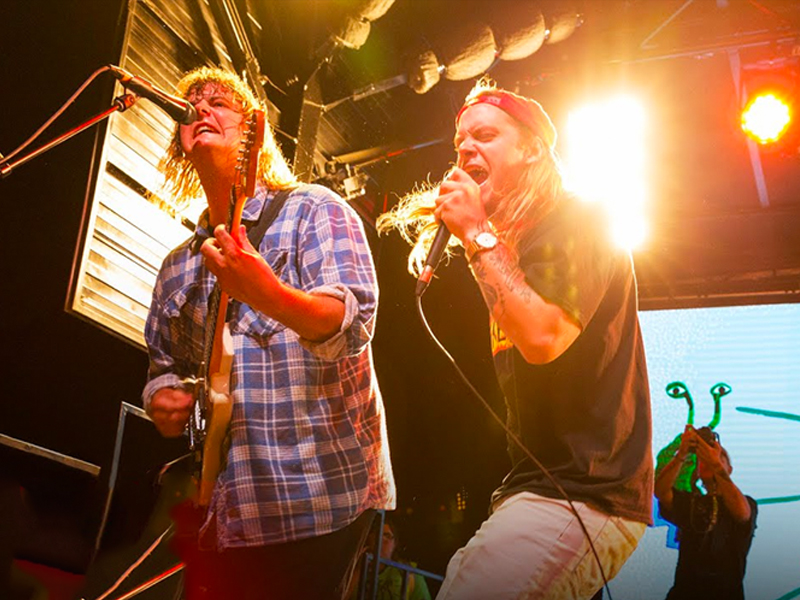 The Australian surf/garage rock band Skeggs consists of a trio that just wants to have fun. Bassist Toby Cregan, vocalist Jonny Lani, and guitarist Ben Reed formed the band in 2014. That same year, they released their debut single entitled "L.S.D.," which Stab Magazine referred to as "A band without complex. It's just as you hear, a slack rock band, that remind you of walking bare feet, being sunburned with stiff hair thanks to sea salt." Rearing for an album release a few years later, the band has gained traction from their singles and EPs. Their 2016 EP "Everyone Is Good at Something" is their first work to reach ARIA charts. "Holiday Food/Everyone Is Good at Something," an EP they fused from two separate recordings, also climbed the ARIA charts.

Finally, the debut album "My Own Mess" came out in 2018. It reached the number 2 spot on the ARIA charts. The following year, the album was nominated for ARIA Award for Best Rock Album. In 2021, their sophomore album "Rehearsal" became their first number 1 on the ARIA charts. They have been commended for their impressive youthful energy and irresistible sense of humor.

As part of their international tour, the band will bring the summer breeze early at the Wiltern in Los Angeles, California, on Saturday, March 4, 2023. Reserve tickets now!