The hooky, angular indie rock tunes of the singer-songwriter Sophia Regina Allison, commonly known as Soccer Mommy, will fill The Wiltern this December 13 as she brings her "Touring, Forever" tour to Los Angeles. The Nashville-native musician will entertain her fans and show the Scorpio Rising through her personal lyrics and vulnerable vocals that will make every spectator cheer in excitement. If you want to hear the Shotgun-hitmaker perform her familiar hits, such as "Circle the Drain," "Your Dog," "Bones," "Feel It All The Time," and many others, this is your chance to experience it all live! The intimate venue of The Wiltern is perfect for you to sing along to the enigmatic singer and her incredible band. Don't miss this chance. Grab your tickets now! Click the "Get Tickets" button to secure yours now! 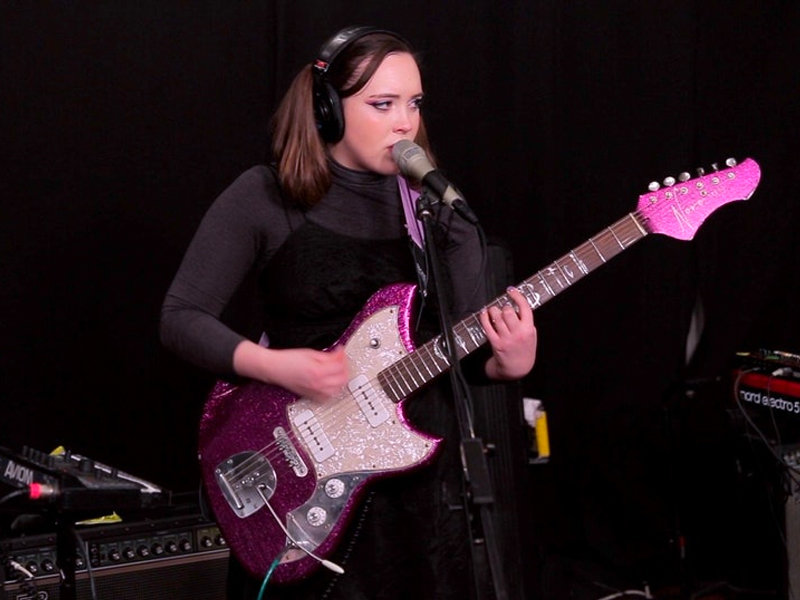 American singer-songwriter Sophie Regina Allison, also known as Soccer Mommy, started making music in 2015, posting her recordings online through Bandcamp. In 2016, her demo album "For Young Hearts" came out, leading to her signing with the record label Fat Possum the following year. She then released the compilation album "Collection." Her official studio album called "Clean" came out in 2018. A mainstream success, it was listed as one of the best albums of 2018 according to Rolling Stone, Billboard, NME, and Pitchfork. Also, that year, she became the support act of Paramore and Vampire Weekend. In 2020, she signed with Loma Vista Recordings. That same year, she released "Color Theory," which became her first album to reach Billboard 200 and the first performed on late-night TV. In June of this year, she released the album "Sometimes, Forever."

Influenced by artists such as Natalie Imbruglia, Mitski, Slowdive, the Chicks, Taylor Swift, and Avril Lavigne, her songs are always intimate. Sadness, isolation, and illness are common themes of her songs. In an interview with the New York Times, she said that her songs are always "tidal waves" because she believes she does not feel things small.

Her "Touring, Forever" will begin this October. One of her performances will be at The Wiltern in Los Angeles, California, on Tuesday, December 13. See her live with the Canadian indie rock band TOPS, known for their 2012 album "Tender Opposites."