Texas Art rockers, Spoon are coming to The Wiltern on Saturday 30th May 2015, on their North America tour! After taking a break from the original band for four years, they have returned with a fresh energetic album, 'They Want My Soul' – the band's first major-label release in over 15 years! It's an exciting time for fans all around the world who have been eagerly waiting for an announcement such as this. Don't miss your chance to see Spoon at their very best! 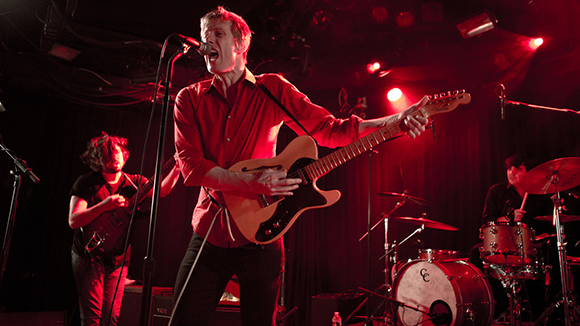 Spoon are an experimental indie band, originating from Texas, U.S. Their sound brings to mind the likes of legendary rock bands, The Pixies and Sonic Youth. Spoon crafted their way into the underground scene and quickly moved up the scale, becoming one of the genre's critically acclaimed rock acts in the late 1990's/early 2000's. Their niche sound spread into the mainstream, the 2002 album, 'Kill the Moonlight' spawned the hit track "The Way We Get By" which made it's way onto The OC TV show.
Their 2005 release 'Gimme Fiction' was a huge success, selling over 160,000 copies.. soon followed 'Ga Ga Ga Ga Ga' which made it to number 10 on the billboard charts and sold an impressive 300,000 copies in the U.S. alone! Since then, the band decided to take a break which lasted for four years, they are now back on the road, catch them while you can.