Rock royalty Steve Vai, Zakk Wylde and John 5 are banding together to play a benefit concert for virtuoso guitar and keyboard player Tony MacAlpine, who was recently diagnosed with colon cancer. The benefit will take place at The Wiltern on Saturday 12th December.

“Tony is a dear friend, an absolutely sweet human being and one of the most talented musicians I’ve ever worked with,” says Mike Portnoy, “We are coming together to help raise money and awareness to help him fight his battle and come out on top!” Adds Steve Vai, “It’s a great privilege to take to the stage with my friends Zakk, John, Mike and Billy in support of our dear friend Tony. Tony has always been blessed with an exceptional talent and more so, he’s an exceptionally cool guy. It’s a great cause and will be a magical evening of guitar extravaganza.”

“Tony has been such an inspiration to me,” says John 5, “He is an incredible musician and an unbelievable talent. Please let’s all come together and beat this!”
“Tony is our brother. We look forward to making a historical night, and raising a lot of money to help our friend in need.” said Derek Sherinian. 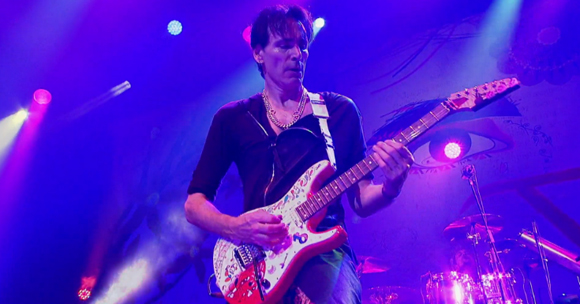 American virtuoso guitarist, singer, songwriter and producer Steven Siro “Steve” Vai broke into the music industry nearly 40 years ago. To date, he has sold over 15 million records, released eight solo studio albums, won three Grammy Awards and gained notoriety as one of the best guitarists in the world. Vai's career began in 1979, when he landed himself a job transcribing Frank Zappa's music. By 1980 had progressed from transcribing, to overlaying guitar parts in the studio, and then to becoming a fully fledged member of Zappa's band. After having toured with Zappa for two years, Vai moved to California to concentrate on starting a solo career, and in 1983, his debut album Flex-Able was recorded and released a year later. Vai's real critical and commercial breakthrough came in 1990 with the release of his second studio album Passion and Warfare. Vai's musical legacy in the industry is strong, having influenced many celebrated guitarists including James “Munky” Shaffer of Korn, Mike Eizinger of Incubus and Tom Morello of Audioslave.