Prog rock legend Steven Wilson comes to The Wiltern on Saturday 12th May 2018 for an intimate evening of incredible music from the prolific Porcupine Tree frontman! Here's what he had to say:

"I’m happy to announce a return to the USA & Canada in April and May of next year with my band, and with a new show based on the current album To The Bone. As well as featuring songs from that album there will be favourites from previous tours, as well as some of my older songs that haven’t been played by the solo band before. The visual aspects of the show are planned to be on an even higher level than previous tours, and as always the sound will be in quadrophonic." 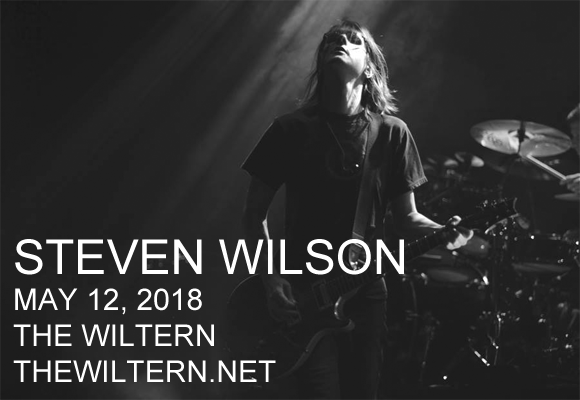 English prog rock producer and musician Steven Wilson has been a prolific and respected artist in the music industry for over thirty years. Best known as the founder, lead guitarist, singer, and songwriter of the band Porcupine Tree, Wilson has also worked with artists such as Opeth, King Crimson, Pendulum, Jethro Tull, XTC, Yes, Marillion, Tears for Fears, Roxy Music, and Anathema. Nominated for four Grammy Awards, Wilson received three awards at the London Progressive Music Awards for his services to the world of progressive rock music in 2015, and was crowned "the king of prog rock".