A weekend of unprecedented concert experience awaits you this August 5 and 6 at The Wiltern, as one of the greatest instrumental bands, Sound Tribe Sector 9, bring their unmistakable, eclectic sound to Los Angeles’s famous venue. Join hundreds of fans in immersing yourself in the entrancing combination of live rock instrumentations that bring various genres into one solid art form, all performed in the backdrop of breathtaking stage lights and world-class musicianship. Whether you are into EDM, rock, funk, jazz, drum and bass, psychedelia, or hip hop, this 5-member band will surely get you groovin’. Grab tickets for the group’s two-night concert and be mesmerized by the band’s theme this year. Come for the music, stay for the live experience, and be forever inspired by the mesmerizing production that is truly one for the books. Grab your tickets by clicking the “Get Tickets” button. 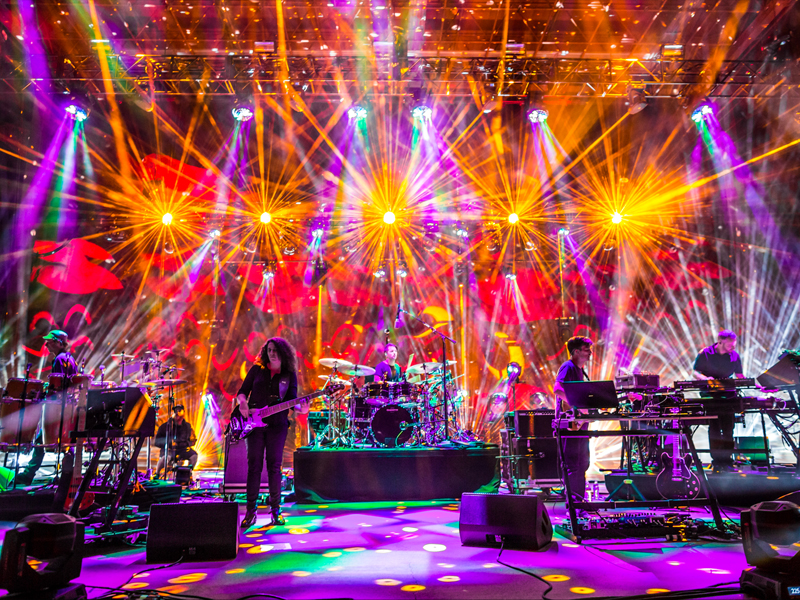 Internationally renowned for their astounding live show productions, Sound Tribe Sector 9 (better known as STS9) is a band like no other. It was founded in the late 90s in Atlanta and has revolutionized a style of dub-influenced, breakbeat-infused psychedelic music. Composed of five members, the band heavily emphasizes creating a sound as a group. Like their contemporaries, the band makes improvisational jams that ultimately fans enjoy during their live shows.

Since 1998 the band has released several studio albums and live DVDs. Their 2005 album, "Artifact," is considered the most successful album of all by most fans and critics. Released under 1320 Records, the band's self-owned record label, the album reached #12 on Billboard's Top Electronic Albums chart. Over the years, the band has cemented its name in the industry not only by producing one hit after another but by touring all around the US and internationally. Clearly, the band is on top of their game. Thus, it's no surprise why the press praises STS9 consistently. Remix Magazine declared, "This band is making electronic music relevant again." XLR8R added that STS9 is a "unique collection of artists and musicians that has become one of the country's most intriguing, innovative outfits around."

You can catch the greatness that's uniquely STS9 this summer at The Wiltern for a two-night concert event. Click on the "Get Tickets" link to get a hold of a two-day pass.