This fall, the Wiltern hosts a thrash metal mania with the world’s most monumental metal bands, Testament, Exodus, and Death Angel. These Bay Area thrash metal legends join forces to bring fans the most exhilarating and heart-thumping show at the Wiltern on Thursday, 13th October 2022! Get ready for massive moshpits and headbang-worthy breakdowns as Testament, Exodus, and Death Angel bring forth the most epic metal concert of the season. If you’re a fan of Bay Area thrash metal, you shouldn’t miss this show! Get your tickets now and experience the most incredible music debauchery at the Wiltern! 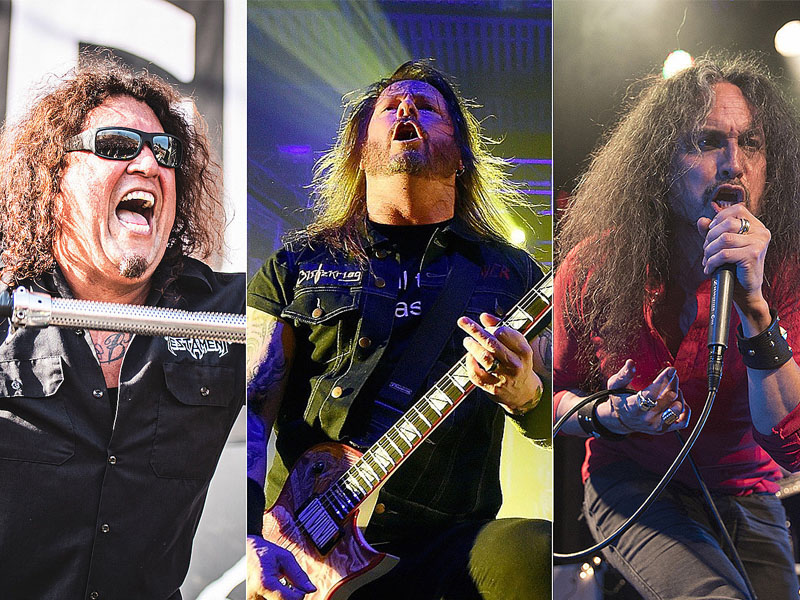 American thrash metal band Testament first emerged in 1983 in Berkely, California. The band was going by the band name Legacy at the time. Legacy was regarded as one of the “big six” of the Bay Area thrash metal during the early ‘80s. In 1986, Legacy signed a deal with Atlantic Records and changed its name to Testament. Upon the release of third album, Practice What You Preach, Testament entered the mainstream chart, entering the top 100 of the Billboard 200 chart. In 2012, Testament entered the chart’s top 20 for the first time with their 11th studio album, Dark Roots of Earth. Moreover, the record also topped the Top Rock Albums, Top Hard Rock Albums, and Top Independent Albums charts.

Exodus was founded in 1979 and gained mainstream success during the ‘80s. They’re considered one of the big bands from metal, alongside Metallica, Slayer, Anthrax, Testament, Overkill, and Death Angel. They experienced several member changes, with only Tom Hunting remaining from the original lineup. The band currently comprises Tom Hunting, Gary Holt, Steve “Zetro” Souza, Jack Gibson, and Lee Altus. Exodus’ most influential studio albums include Pleasure of the Flesh, Fabulous Disaster, and Impact is Imminent.

Like Testament and Exodus, Death Angel is part of the ‘80s metal movement that influenced the next generation of metal bands. They gained phenomenal success by releasing their first two studio albums, The Ultra-Violence (1987) and Frolic Through the Park (1988). The band’s more recent album, Humanicide, released in 2019, featured the title track that was nominated for the Best Metal Performance at the Grammy Awards.

Tickets to see Testament, Exodus, and Death Angel at the Wiltern are now available!