Feel the heat this October as The Pretty Reckless bring their 'Going to Hell' Tour to the Wiltern on Oct 10th! The trek will be supported by Adelita's Way which will see the bands play the live set of the their latest album 'Going to Hell' Led by singer Taylor Momsen. The band has had a great year earning a no.1 rock spot for the single ‘Heaven Knows.’ Whilst their album debuted at No. 5 on the Billboard Top 200. Don't miss out on a great night of rock, tix available now! 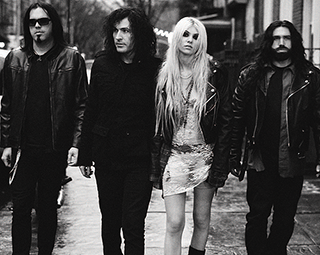 Gossip Girl Actress turned Rock singer Taylor Momsen Launched her music career in 2009 with the band The Reckless, then later changing it to The Pretty Reckless. T Ben Phillips, bassist Mark Damon, and drummer Jamie Perkins (Momsen on Vocals). The group are considered modern hard rock and post grunge. They have toured extensively in the past 5 years and have amassed a large following. They have two albums, one of which was released earlier this year. 'Going to hell' will be supported by their North American Tour Dubbed 'Going to Hell' tour 2014.

Head down to the Wiltern on Oct 10th, to see one of the best modern hard rock bands around!