The South Korean pop-rockers, The Rose, are set to launch their big new comeback after military service and partnering with a new label, set to release their highly-anticipated new album "HEAL". As the world heals and music makes its big return to Iive stages around the globe, The Rose is bringing their new record and biggest hits to life at the HEAL TOGETHER World Tour. The boys are hitting the stage at The Wiltern on Sunday, 20th of November 2022. As the voices behind "She's in the Rain", "Sorry", and "Beauty and the Beast", big surprises can be expected from The Rose as they gear up for the release of their new record and the start of their comeback tour. So, take this time to heal with new music by The Rose and save your spot at the HEAL TOGETHER world tour by booking your tickets now! 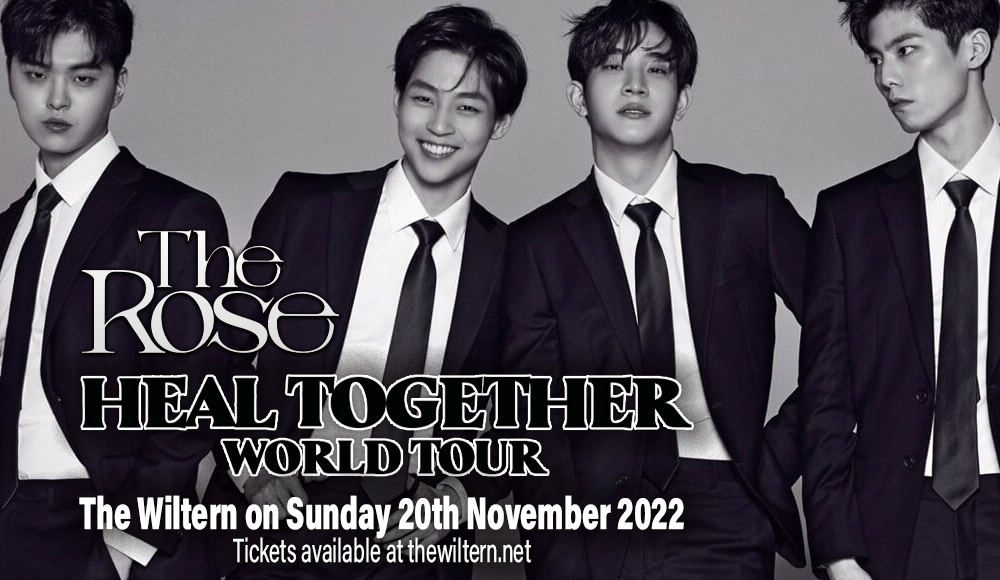 After two years of military service and signing a deal with their new label, Transparent Arts, which is founded by the sensational Far East Movement, The Rose is set to launch their big comeback, announcing their upcoming album "HEAL". Known for their pop-rock anthems "She's in the Rain", "Red", "Sorry", and "Beauty and the Beast", fans can expect exciting new material from the band in this new era.

Bringing their big comeback to life, The Rose also announced a new world tour in support of their upcoming record. Named "HEAL TOGETHER", the band is inviting their fans to gather and celebrate The Rose's biggest hits, fan favorites, and new music live on stage as music brings its healing power back to live concert venues around the globe. The tour stops around cities in North America, South Amercia, and Europe. The band is also gearing up to finalize and reveal the Asian leg of the tour. With big surprises in store, fans definitely can't miss catching The Rose perform live at The Wiltern this November 20th.

Signed under Far East Movement's label, Transparent Arts, exciting surprises are expected from the band, knowing that Far East Movement is the first Asian-American group to bag a #1 hit on the Billboard Hot 100 with "Like a G6". After joining their new label, The Rose released a set of new photos, dressed in tuxes, stirring excitement from fans with a tease of the band's new visual direction.

In a group statement, the band shared that "The Transparent Arts team respects our vision and we are excited to have their support as we grow further in our careers."

The pop-rockers include singer and guitarist Woosung, lead vocalist and keyboardist Dojoon, drummer Hajoon, and bassist Jaehyong. Together, they've made hearts throb and audiences rock together through their pop-rock hits.

With two EPs hitting the World Albums Chart and five tracks charting on the World Digital Song Sales, this new start marks greater milestones ahead for The Rose.

Don't miss out on The Rose's comeback world tour, HEAL TOGETHER, by booking your tickets now!