The Strokes comes to The Wiltern on Monday 25th July 2016

The masterminds behind the revival of garage rock in the early 21st were none other than The Strokes. Rolling Stones has thrice listed them at number 8 for 100 Best Debut Albums of All Time, number two on Rolling Stone's 100 Best Albums of the 2000s, 199 on Rolling Stone's 500 Greatest Albums of All Time. Their stroke of musical genius not only brought them critical acclaim, but also a deluge of followers who follow their every move. Hence, an announcement of a live concert by The Strokes such as this one could send fans in a state of frenzy. If you are not quick enough to book your tickets, fans could gobble them up in an instant. No time to waste. This is your chance to secure your place as The Strokes conquer the stage once again. Go, buy your tickets now! 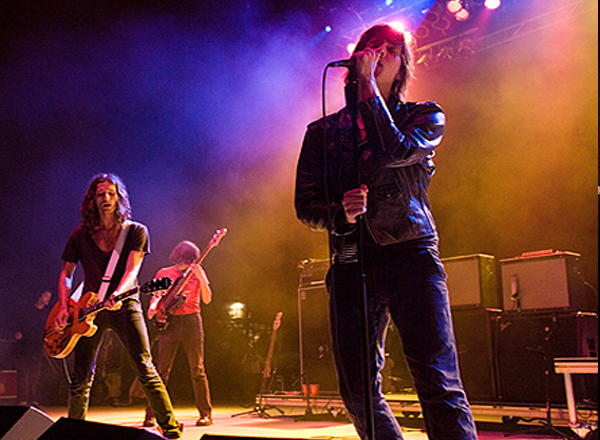 1998, New York City. Julian Casablancas (lead vocals), Nick Valensi (guitar, keyboard, backing vocals), Albert Hammond, Jr. (rhythm guitar, keyboard, backing vocals), Nikolai Fraiture (bass) and Fabrizio Moretti (drums, percussion) got together and formed a band which they named The Strokes. The release of the 2001 album 'Is This It', triggered the onslaught of the garage rock revival phenomenon. Rollin Stone listed them thrice for their stellar achievements: number eight on Rolling Stone's 100 Best Debut Albums of All Time, number two on Rolling Stone's 100 Best Albums of the 2000s, 199 on Rolling Stone's 500 Greatest Albums of All Time. Their cumulative album sales to date is 5 million units. The band's most biggest hits include: "Last Nite", "Hard to Explain", "Juicebox", "Heart in a Cage", "Under Cover of Darkness", "Taken for a Fool", and "Someday".