The Tallest Man on Earth Tickets

Soulful and sweet Swedish sensation, The Tallest Man on Earth is coming to The Wiltern on Monday 18th May 2015! Known for recording and producing his own records where ever he is living, he caries his musical spirit around the world. He is so passionate about the relation between his voice and guitar is so strong, so almost never records them separately. He creates a wonderful energy on stage, absorbing every person in the audience to just stop and listen. Do not miss this rare opportunity to see The Tallest Man On Earth, LIVE. 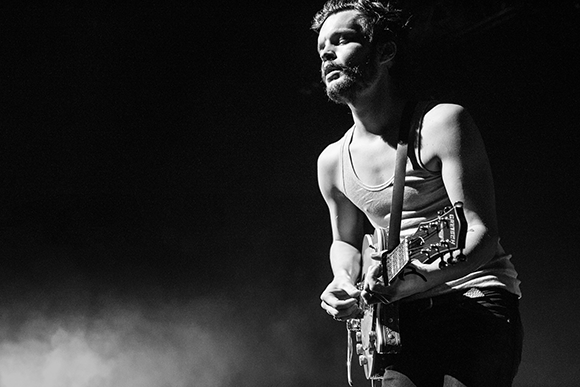 The Tallest Man On Earth is the one and only – Kristian Matsson. A gravely voiced singer/songwriter, from Dalarna, Sweden. His music combines traditional folk sound with indie rock. He crafts a very beautiful sound that warms your heart and stays true to his folk roots by performing everything live, including recording sessions. Kristian has been traveling on the road since 2012 and makes a point to continue to record. His newest album, set to be released in 2015 – Dark Bird is Home is anticipated to be his most personal and direct to date.
His performances have been described as charismatic, thought provoking and inspiring. He carries enough grit in his voice to give Bob Dylan a run for his money.
The Tallest Man On Earth is one to catch while you can.