If you’ve got a taste for indie and folk rock music, you should see Theo Katzman’s show in Los Angeles! On Saturday, 8th April 2023, Theo Katzman is set to light up the Wiltern with his biggest hits and monumental fan favorites! The celebrated multi-instrumentalist and singer-songwriter extraordinaire have been creating exemplary indie rock gems since 2011, and he’s here to share his creative genius with fans in Los Angeles! His setlist is guaranteed to be packed with his biggest hits and works from his solo and collaboration albums! If you want to check out Theo Katman’s famed high-energy set at the Wiltern, you better score tickets now! 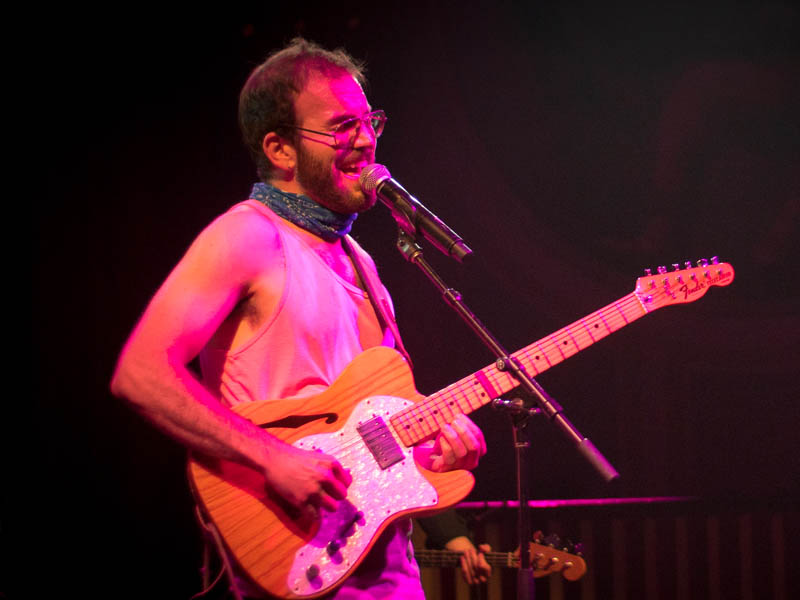 Theo Katzman is a multi-instrumentalist from New York. Currently based in Los Angeles, the singer-songwriter, producer, and prolific performer has created eclectic indie music containing influences from pop, funk, jazz, and rock. Katzman is currently a member of the funk powerhouse, Vulfpeck, but he has also spent a substantial amount of time working and collaborating with various artists, songwriters, and producers. His musical prowess in singing, guitar, drums, bass guitar, conga, and piano has made him one of the most well-rounded indie rock artists.

In 2011, Katzman dropped his debut solo album, Romance Without Finance. The self-released effort was written, produced, and engineered by Katzman with help from Devin Kerr and acclaimed trumpeter, and Theo’s late father, Lee Katzman. The album peaked at number 5 on the iTunes Singer-songwriter albums chart after its release. In 2017, Katzman released his follow-up album, Heartbreak Hits, which critics praised for its incredible musicianship. Three years later, Katzman released his latest album, Modern Johnny Sings: Songs in the Age of Vibe. Unlike his self-released predecessor, the album was signed under the independent label Ten Good Songs. The critically-acclaimed effort featured the single “You Could Be President,” later re-released as a live album in 2022, titled Modern John Sings: Songs in the Age of Live.

Check out the musical genius of Theo Katzman by grabbing tickets to his show at the Wiltern on Saturday, 8th April 2023! If you love indie, jazz, folk, and rock, this show is the absolute must-see concert of the season!