Breaking in to this side of town is the dynamic duo of electronic music. Rob Garza and Eric Hilton, collectively known as Thievery Corporation, are making their way to The Wiltern on Friday 17th December 2021. The duo is known to be partners in crime in delivering all-killer-no-filler sets of their eclectic concoction of dub, acid jazz, trip-hop, electronica, reggae, and spiced-up with flavors of middle easter music, Indian classical, and Bossanova. They spew out diverse beats yet audiences groove with united fervor for this one-of-a-kind music experience. Thievery Corporation is a certified crowd draw. Save the date and lock in your tickets now! 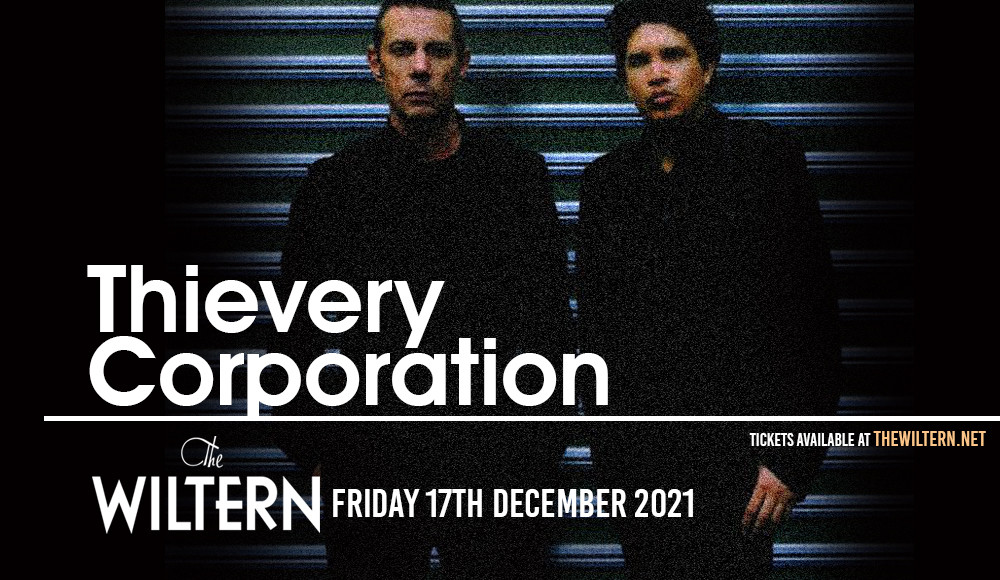 Rob Garza and Eric Hilton were drawn together by their common love for clubbing life, win a keen interest in dub, bossa nova, and jazz records. In 1996 the duo started their Eighteenth Street Lounge Music indie record label, out of curiosity and experimentation for mixing these music styles and elements.

“Being independent enabled us to be here for 25 years. Never having a boss or needing someone’s approval, we’ve always said what we needed to say with no filter.”

Such artistic freedom fueled their passion to create and fuse international and cultural diversity of sounds.

“We always wondered: with so much incredible music in the world, why would anyone limit themselves to one genre? Well, we found out – it’s far easier to stay in one lane than to genre hop!” laughs Hilton. Garza elaborates: “When we started, we were influenced by music from all over the world, flipping through bins in second-hand record stores for LP’s from Brazil, India, Iran, Jamaica, jazz records…..we wanted to make music where you didn’t know whether it was recorded today or a decade ago.”

Although the duo has openly expressed its preference for studio work, their genius absolutely shines through in their live performances. Their 'studio or recorded music' are not merely recreated and played on the live stage at the push of a button. A live performing band, vocalists, instrumentalists grace the stage with an unadulterated live performance.

“Our shows are VERY live, lots of energy, the combination of multiple instruments and singers that take you on a musical journey,” says Garza. “We have a sitar player, songs are in different languages – it’s a multicultural experience, people connect to the band and to each other, it’s beautiful.” With a world cautiously beginning to emerge from isolation and towards communal events, Garza is eager to return Thievery Corporation to live performance. “I feel like people have been waiting to celebrate together after being forced apart for too long. We’re all craving that.”

Come together and enjoy this genre-defying electronic music fete; book your tickets now!