A throwback to the alt-rock scene of the hip and cool 90s would not be complete without Third Eye Blind. And it’s just a thrill to hear that these guys are still hitting the road and are giving friends a reason to get together and rekindle the good times by enjoying the music of Third Eye Blind live onstage.
If you and your buddies want to sit together or all be in the same area where you can have your own semblance of a mosh pit, then, waste no time in booking yourselves tickets. Rabid 90s fans and millennials who have just recently discovered their music, are all competing for that same space. Don’t be left behind! 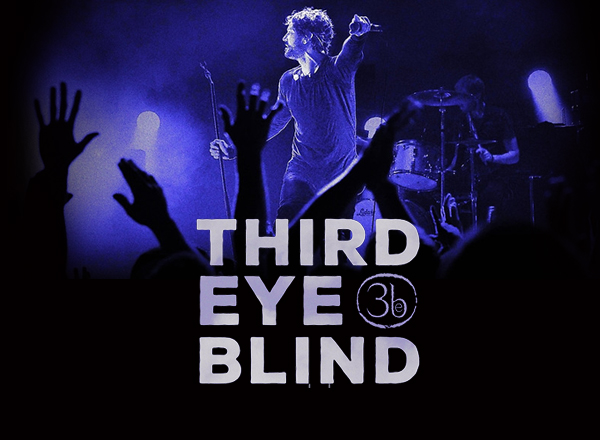 If you were to play the soundtrack of your life, scenes from the 90s era would surely feature the infectious and carefree sound of Third Eye Blind. Most likely, you’ll hear strains from their biggest hits like "Semi-Charmed Life," "How's It Going to Be," and "Jumper."

It is typical for a start-up band to record demos, play small gigs…then play as opening act for Oasis’ 1996 concert, then invited back onstage for an encore performance, and be paid double?! Not a typical day in an unknown band’s life, but it did happen to Third Eye Blind. Since then, major labels were on a bidding war to get the band to sign-up to their fold.

In quite the same manner, Third Eye Band created a major impact the moment ‘Semi- Charmed Life’ was played on the radio. A new wave of alt-rock fans were in a mad dash in buying their cds. "Semi-Charmed Life" flew to No. 4 on the Billboard Hot 100, and soared to number 1 on the Modern Rock Tracks for 8 weeks. It also earned Third Eye Blind a Billboard Music Award for modern rock track of the year. It was succeeded by more hit singles from their self-title debut album — "Graduate," "How's It Going to Be," "Losing a Whole Year," and "Jumper." The album sold a whopping six times platinum in the U.S. alone, and raked-in over 12 million units sold worldwide.
The band forged-on with releasing albums and touring. Its current member line-up include Stephan Jenkins – lead vocals, rhythm guitar, Brad Hargreaves – drums, percussion, Kryz Reid – lead guitar, backing vocals , Alex Kopp – keyboards, piano, Alex LeCavalier – bass.