Are you cool kids ready for the Tiny Meat Gang World Domination Tour…?! Well, you better get ready, as two of the industry's most averagely-sized men, Cody Ko & Noel Miller, come to The Wiltern on Saturday 25th April 2020 for a night of brand new songs, sketches and laugh-out-loud shenanigans! The hit YouTube duo will be performing some of their newest rap singles, as well as bringing a whole load of the unpredictable craziness they've become known for… Don't sleep on it – tickets will sell super fast! 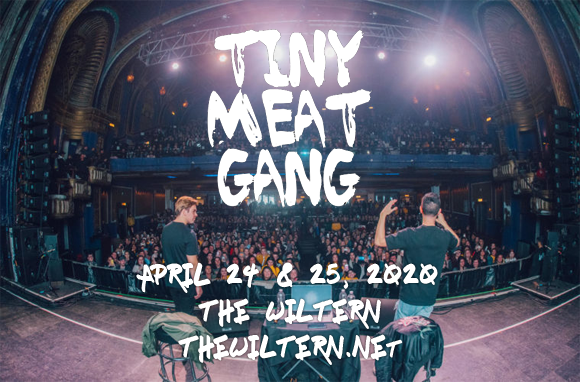 Comedy duo Cody Ko and Noel Miller are also known as Tiny Meat Gang! The name came about when the two long-time friends and YouTubers responded to fellow YouTube vlogger Jake Paul's song "It's Everyday Bro." The two have been collaborating regularly since 2016 and in 2017, they released their debut EP as Tiny Meat Gang, Bangers and Ass, and started the Tiny Meat Gang Podcast, which won best podcast at The Shorty Awards in 2019. The duo's second EP, Locals Only, was released in 2018, and in 2019 they released "Walk Man" and "Short Kings Anthem" (with Blackbear), signing with Arista Records that October.