Oh yes boys, with LA Leather pride just the day after, this is your perfect warm up, it’s Todrick Hall, with his Femuline Tour at The Wiltern on Saturday, March 19th, 2022. Grab your tickets, don your leather waistcoats, and don’t forget your Pride flags! This show is going to be big, bold and unapologetically LGBTQ! He's part old-school theater showman, part new-school internet personality, and one very huge part drag queen. 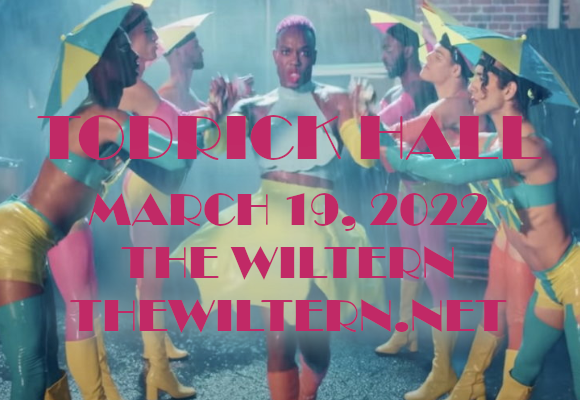 “Femuline is bold and unapologetic, like its creator. Hall exudes a new confidence and his magnetic charisma shines through on every track, not to mention his clever wordplay. The dance floor-ready collection is a defiant statement of self-empowerment and self-described as, an open love letter to the LGBTQ community.” – Broadway World.
Hall released his fourth studio album, Femuline, in June 2021, the album was preceded by the singles "Boys in the Ocean" and "Rainin' Fellas", and is inspired by gay pride. It features appearances from Chaka Khan, Tyra Banks, Brandy, Nicole Scherzinger and Ts Madison.

Singer, rapper, actor, director, choreographer, and social media personality, Todrick Hall’s unstoppable, self-sustained rise has taken him a long way from his roots in the tiny Texas town of Plainview. He quickly went from national fame on the ninth season of American Idol to international attention as resident choreographer and occasional judge on RuPaul's Drag Race, and ultimately commanded a huge global following on social media, with over 3.5 million subscribers and 740 million views. Todrick has starred in a selection of Broadway smashes including, Chicago, The Color Purple, Kinky Boots, Memphis, and Waitress and was featured as the dance captain on the BBC's "Greatest Dancer."