Netflix favorite Tom Segura comes to The Wiltern on Friday 4th February 2022 to push your funny button for two nights in a row! The celebrated comic and podcast host is a barrelful of laughs, expertly toeing the line between shocking and relatable with a wry smile and a cheeky twinkle! Segura's day-to-day stories and soft-spoken punchlines are killer, and he'll have you in stitches before you know what hit you! 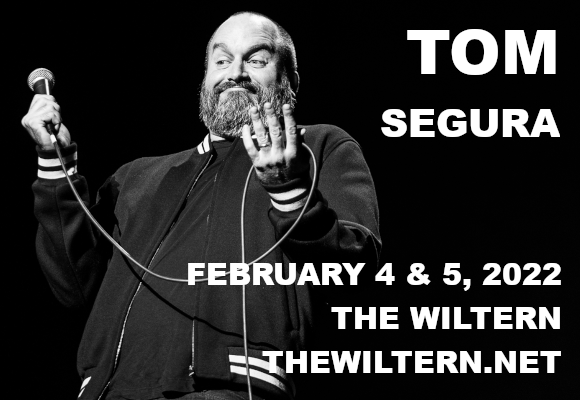 Like many comics, Tom Segura began his stand-up career upon leaving university, moving from North Carolina to California to see what the scene had to offer. A few years later, he landed himself as a regional finalist on season two of NBC’s Last Comic Standing, paving the way for his first TV feature three years later on Live at Gotham. 2010 saw the release of his first comedy album, Thrilled, and the following year he started the comedy podcast Your Mom’s House with his wife, Christina Pazsitzky. His second studio album, White Girls with Cornrows, was released in 2012. Soon after, Segura secured a deal with Netflix and has since released four Netflix specials: Completely Normal (2014), Mostly Stories (2016), Disgraceful (2018), and Ballhog (2020). He also hosts two other comedy podcasts – 2 Bears, 1 Cave (with fellow comedian and actor Bert Kreischer) and the Spanish-language podcast Tom Segura en Español – and has performed all around the globe, with spots at the Melbourne International Comedy Festival, The Comedy Festival, the Global Comedy Festival in Vancouver, and Just For Laughs Comedy Festival.