American indie rock band Turnover is coming for a special show at The Wiltern on December 3, 2022. The "Much After Feeling" rockers are set to wrap up the year with a big new project, their fifth full-length album named "Myself In The Way". With the album coming out on November 4th, Turnover is set to throw a big year-ender at The Wiltern to celebrate this big milestone with their rockin' fans, and launch a bigger and brighter new era as the band enters the new year. Don't miss out on Turnover's hit songs, fan favorites, and new songs live on stage at The Wiltern by booking your tickets now! 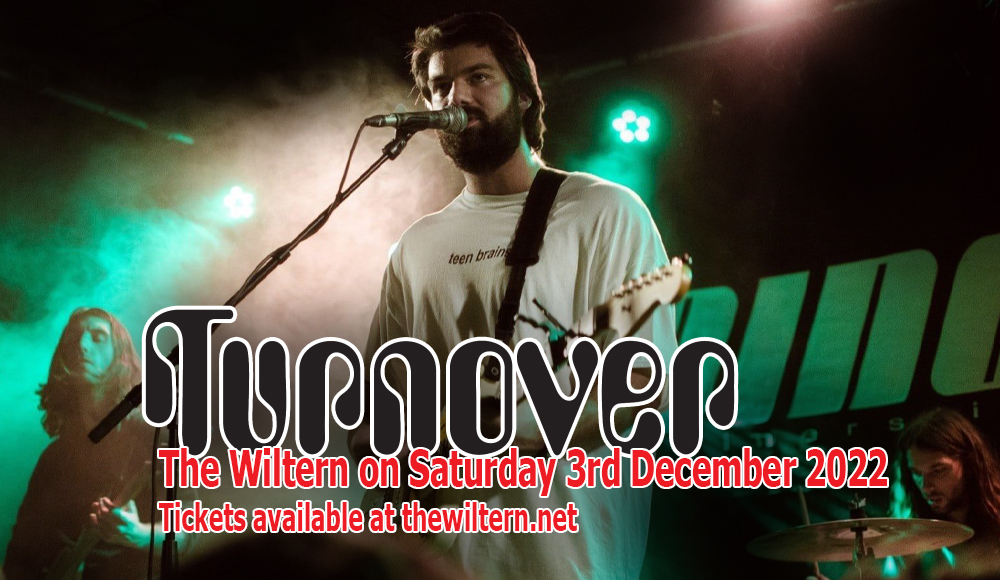 "Over the last couple of years, I really tried to stop finding reasons why not to do something. This song specifically is about getting engaged despite fears I’ve always had of being able to provide for a family, to give as much as someone you love might need forever. It’s about letting love lead the way despite your fears, about not letting your doubts, your ego, your self get in the way of it."

The new album features the band's previously released singles "Wait Too Long" and "Mountains Made Of Clouds".

The new record emphasizes Turnover's mission of evolving their sound, exploring new themes and styles for every record that that drop. Popping into the scene since 2009 and releasing their first full-length album in 2013, Turnover has grown and matured – as people and a band. This is also explored in their creativity as musicians. The album is highly-anticipated as it's been proudly presented as their most ambitious craft yet, co-produced by their very own Austin Getz and long-time collaborator Will Yip.

Some of Turnover's notable singles and crowd-favorites include "Sunshine Type", "Much After Feeling", "Number on the Gate", and "Mountains Made Of Clouds".

The new twelve-track record "Myself In The Way" comes out this November 4.

Before the year ends, make sure you save yourself a spot for Turnover's special show at The Wiltern on December 3rd by booking your tickets now!