A devilish evening awaits the fans of the duo Twin Temple this October 30 at The Wiltern! The eccentric pair, whose songs predominantly contain themes of Satanism, will grace the famous Los Angeles, California venue. If you are a fan of devilish songs creatively presented through classic rock and roll and traditional R&B tunes, this is the show you are looking for. The real-life couple Alexandra and Zachary James will terrify and entertain you at the same time with their hit songs, including "Lucifer, My Love," "The Devil," and "Sex Magick," among many others. Get your tickets now by clicking the "Get Tickets" link. 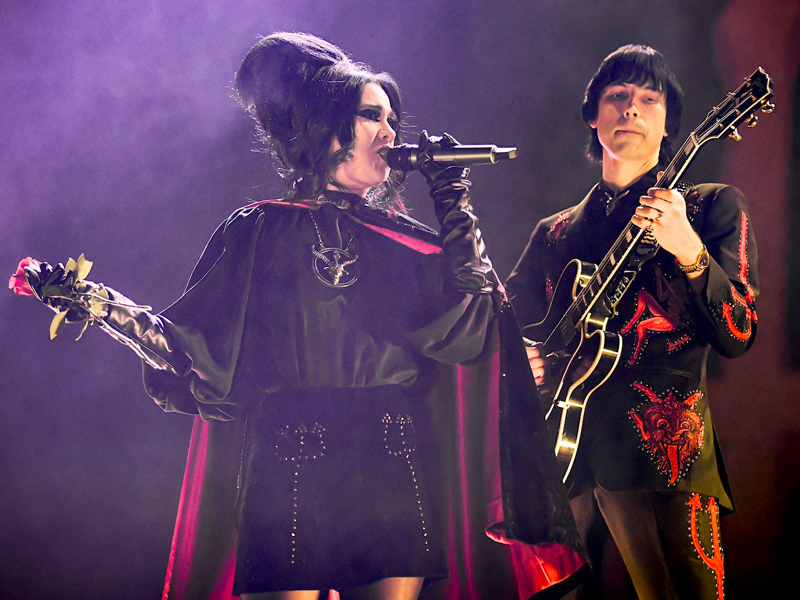 Twin Temple is the brainchild of the couple Alexandra James and Zachary James. The duo has brought their practice of satanism to classic rock and roll and traditional R&B in a genre they call Satanic doo-wop. The pair, currently in the earliest years of their career, aim to claim fame and challenge the idea that satanic songs are only found in metal. To do so, they drew inspiration from the rock and roll pioneers of the 1960s and 1970s, such as The Marvelettes, Chuck Berry, The Platters, Roy Orbison, and Buddy Holly, as well as satanic metal artists such as Misfits and Screamin' Jay Hawkins. Other than Satanism, their themes include love, social issues, feminism, and LGBT rights. But the central message they want to leave amongst their listeners is their message of inclusion.

Their debut album, "Twin Temple (Bring You Their Signature Sound…. Satanic Doo-Wop)," came out in 2019. Astonishingly, they only recorded the album in a day and a half. In March of that same year, they got featured in the Top 5 Bands You Need to Know of the hard rock magazine, Revolver. The following year, they released their second album, "Twin Temple Present a Collection of Live (And Undead) Recordings from Their Satanic Ritual Chamber…"

If you are a fan of devilish songs, do not miss the duo on their tour starting this October. Their last stop will be at The Wiltern in Los Angeles, California, on Sunday, October 30. Bridge City Sinners, known for their Billboard charting album "Unholy Hymns," will accompany them. Tickets are now available!