Jam fans listen up; the amazing Umphrie’s McGee will play a one-of-a-kind show at The Wiltern on Saturday 18th March 2017!! With support from the incredible funk-jazz quartet Spafford!! Don’t miss out – get your tickets early as we expect this show to be a sellout event!! 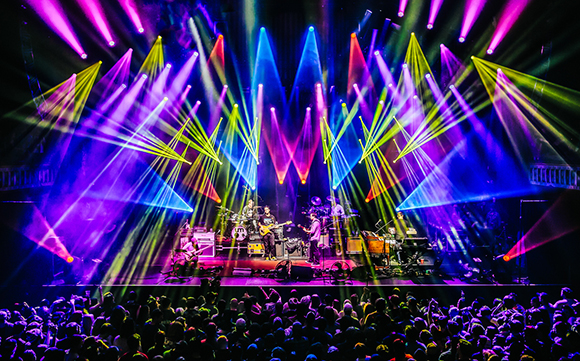 An unusual contender on the jam band scene, the sound of Umphrey's McGee is distinct in that it contains many elements of progressive rock. Influenced strongly by musicians and bands including Yes, King Crimson, Pink Floyd, early Genesis and Frank Zappa, as well as old-school heavier bands such as Lez Zeppelin, Van Halen, and Iron Maiden, they make an unusual but welcome change when compared with fellow open-taping, ever-changing jam bands such as The Grateful Dead and Phish. With such a diverse range of influences, it’s no surprise that live their style is truly eclectic, mixing rock, bluegrass, jazz, folk, metal and electronica indiscriminately to create a mind-blowing experience for their audience.

In support, we have the Phoenix-hailing, fun and funky four piece Spafford. Similarly unrestricted by traditional musical boundaries, they are concerned far more with groove than genre! Working tirelessly on their improvisational skills, they demonstrate an ease and expertise in their craft in their ability to lock in with one another and most importantly, get their audience moving!!

Every Umphrie’s McGee and Spafford show is unique – if you’ve seen them before, you’ll get a completely different experience this time around! So don’t wait about – grab those tickets and secure your place QUICK!!