W.A.S.P. Are Coming Home! The final show, ends where it all began, 40 Years Live World Tour, ends at The Wiltern on Sunday, December 11th 2022. Grab some tickets now to this historic, once in a lifetime gig that is going to f***ing ROCK! This year marks the 40th Anniversary of the band that has rocked and shocked, thrashed, trashed and blasted its way into shock and roll history. To celebrate, W.A.S.P. will embark on their first U.S. tour in a decade and take fans back through 40 years of absolute madness, and coming along for the mayhem, L.A.’s ARMORED SAINT, also celebrating their 40th Anniversary. 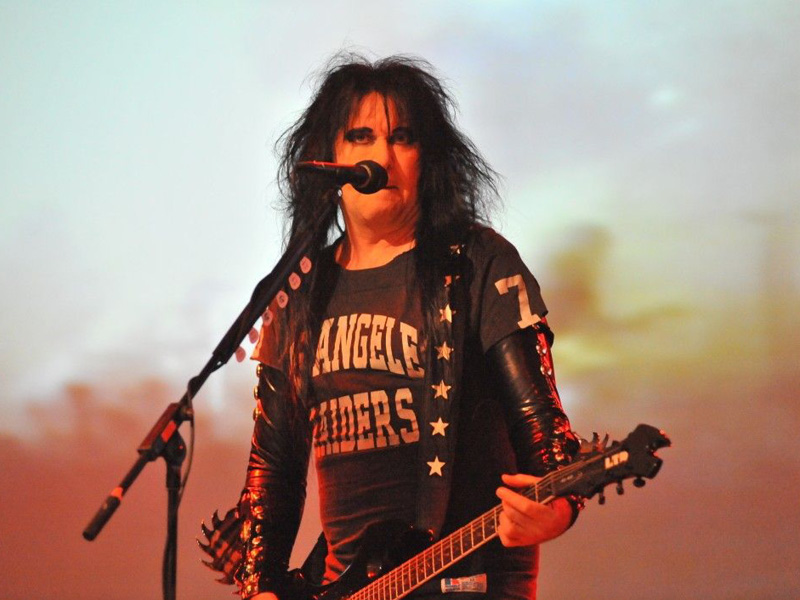 Blackie Lawless commented on the return home to The Wiltern in Los Angeles, "W.A.S.P. and Armored Saint started 40 years ago in Hollywood. We made our bones there and were leaders of that now legendary 82' and 83' Hollywood metal explosion that would go on to shock the rock world. I can think of no better way to end the 40th Anniversary Tour of the U.S., for both bands, than to end this tour where we both started. Sentimentality aside, this show won't be just a gig, this will be a once in a lifetime, historic landmark event! Hollywood's prodigal sons are coming home!"

Joey Vera, of Armored Saint added, "40 years ago, we stepped onstage in Hollywood and shared the wild club experience with W.A.S.P. Back then, in 1983, both bands had a hand in bringing this new genre, "Heavy Metal" to Los Angeles. And now we're back at again like it was yesterday, except this time we're playing the legendary Wiltern Theater! This will be a night to remember!"

Blackie Lawless is joined by bassist Mike Duda, and Doug Blair, along with drummer extraordinaire Aquiles Priester, together they will take the band and the fans back to where it all started, complete with the stage show extravaganza that many fans never saw live. This is the show to catch, if you can.