Seamlessly, float through hot pink to soft pink hues and melting down to a cool blue calm, this is, Washed Out at The Wiltern on Thursday, January 20th, 2022. Buy some tickets now, and come and hear his brand-new album, Purple Noon, out now! The Atlanta-based Ernest Greene's project, Washed Out, blends the layered synths and quietly chiming guitars of dream pop, the hypnotic rhythms of bedroom electronica, and his gentle croon of a voice and adds them to songs that are as calm and comforting as a soft blanket. 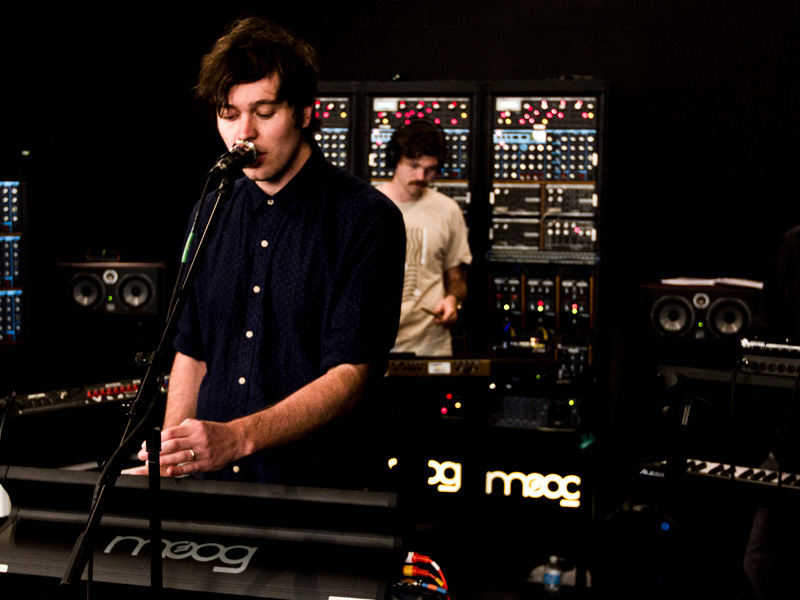 American singer, songwriter and record producer, Ernest Weatherly Greene Jr. from Atlanta, Georgia, is Washed Out. Unable to find a job as a librarian after getting his Master of Library and Information Science degree, he began producing songs in his bedroom studio. His first recordings have been described as "drowsy, distorted, dance pop-influenced tracks that brought to mind Neon Indian and Memory Tapes"
His first EP, 2009's Life of Leisure, helped define the chillwave genre, and his song "Feel It All Around" became a ubiquitous classic. His debut album, Within and Without, released in July, 2011, and peaked at number 26 on the Billboard 200 and number 89 on the UK Albums Chart. And now, Purple Noon is Washed Out’s fourth studio album, it released in August 2020. Exclaim! Wrote that on Purple Noon, Washed Out "flirts with the chillwave sounds he's known for without too blatantly repeating himself." The album came in at number 35 on the Independent Albums chart and number 16 on the Top Alternative Albums chart. Unlike the previous two Washed Out records, 2020s Purple Noon isn't a genre exercise; instead, he leans into the smooth sounds of chillwave and gives it a modern pop polish.