Waterparks: A Night Out On Earth Tour featuring Waterparks Tickets

Pop-rock heroes, Waterparks bring you A Night Out On Earth, featuring Waterparks at The Wiltern on Monday, December 6th 2021. Grab your tickets now to one of the rockiest, popiest, and the punkiest sing along show, you won’t find anything else like them anywhere! In a world where next-gen pop punk has penetrated the mainstream and created an even higher demand for Manic Panic hair dye, Waterparks manage to still out-do the competition by consistently throwing curveballs, and doing things differently in the music people might not expect. So, come along for a once in a lifetime, Night Out On Earth. 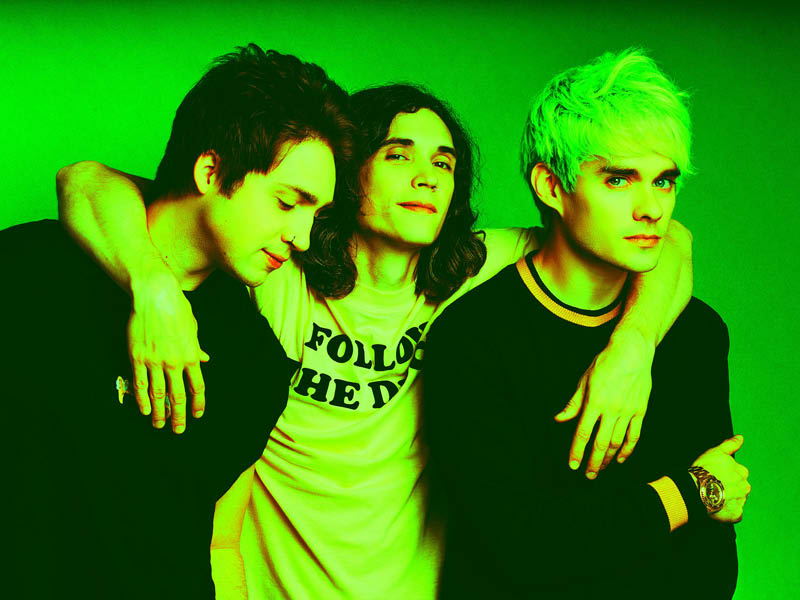 Pop-punk, rock band Waterparks are Lead singer and guitarist, Awsten Knight, lead guitarist and singer Geoff Wigington, and drummer Otto Wood they formed in 2011 in Houston, Texas, and after gaining support from fellow pop-punks Good Charlotte they broke into the mainstream and have been headlining their own tours since 2017. The band have released four albums, Double Dare, in 2016, Entertainment, in 2018, Fandom, in 2019, and their fourth studio album, Greatest Hits, came out in May 2021, and includes features from other artists, such as De'Wayne Jackson, My Chemical Romance's Mikey Way, and Dallon Weekes from I Don't Know How But They Found Me. The album came in at number 5 on the Top Alternative Albums and number 6 on the Top Rock Albums charts, with Matt Collar of AllMusic saying songs on Greatest Hits are "stadium-sized singalong anthems." The band have also produced 3 EPs, 1 live album, 1 compilation of demos, and various song covers. They have won several accolades, including the 2017 Rock Sound Award for “Best International Breakthrough Artist” and the 2017 Alternative Press Music Award for “Best Breakthrough Artist”.