Did you miss Weird Al Yankovic's hilarious comedy acts, imaginative antics, and rib-tickling music? If your answer is a resounding YES, you are in for a treat as the multi Grammy-award-winning musician and comedian brings his delightfully weird show to Los Angeles' The Wiltern this Saturday, June 18. Yes, you've read that right! The King of Parody is back, and he'll bring the legendary comedian Emo Philips as a guest. As a part of his "The Unfortunate Return of the Ridiculously Self-Indulgent, Ill-Advised Vanity Tour," the LA show is recently added to the lineup of shows. The smaller capacity of the venue is perfect for Weird Al's goal of bringing an intimate show to his audience. Although he aims to stage a limited production, we can still expect the same quality sets of performances and superb musicality that made Al uniquely weird over the last four decades. Hit the "Get Tickets" link to reserve the best seat in the venue. 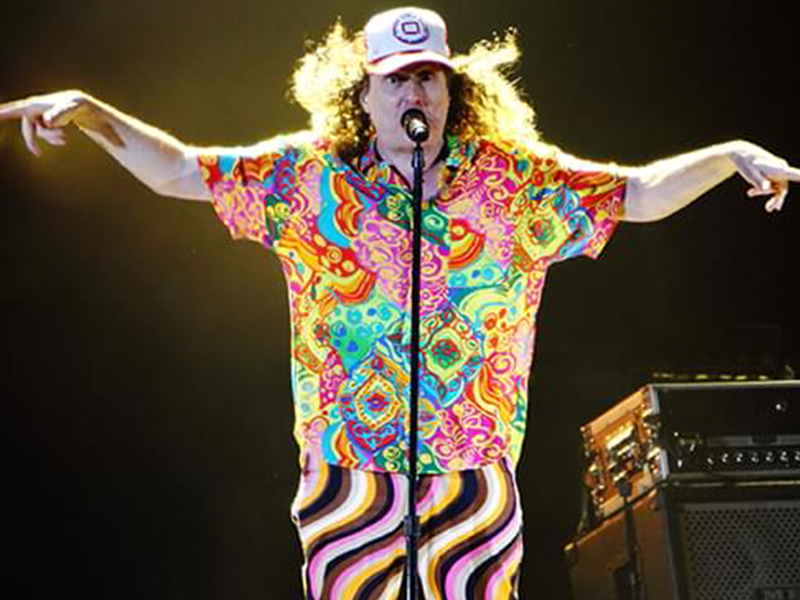 As the biggest-selling comedy recording artist of all time, Weird Al Yankovic is a multi-faceted artist whose career spans over four decades. Although he is famously known for his musical parodies during the glory days of the MTV era, Weird Al is more than your average comedian. He is active in films, live television, animation and voice work, web media, directing, and writing.

As a recording artist, Weird Al sits among the greats as one of the only five artists to have had Top 40 singles in each of the last four decades. The other four artists who achieved the same feat are Madonna, Michael Jackson, Kenny G., and U2. Aside from his parodies, he also performs original songs that are style pastiches of the work of other acts and polka medleys of several popular songs, most of which feature his trademark accordion.

Weird Al prides himself on winning five Grammy Awards out of 16 nominations — not to mention the other numerous awards he garnered from different organizations throughout his career.

This year, Weird Al follows his highly-acclaimed 2018 tour concert tour with his 2022 "The Unfortunate Return of the Ridiculously Self-Indulgent, Ill-Advised Vanity Tour." If his previous tour brought a compilation of massive hits in his career, this year's tour is a bit different. Weird Al promises to bring a unique flavor to his beloved acts as he goes for a scaled-down tour with limited production (no costumes, props, or video screens) in smaller theatres and more intimate settings. He also stated on his website that his setlist will be comprised almost entirely of his original (non-parody) songs.

Emo Philips will be Weird Al's guest in his string of shows. The American actor and stand-up comedian has toured with Weird Al last 2018 and has proven to be a crowd favorite. Philips is known for his on-stage character antics proven to be hilarious. Thus, his participation in Weird Al's tour this year is also highly-anticipated.

If you haven't had the chance to book tickets for his Los Angeles show, this is your opportunity to see Weird Al Yankovic live. Hit the "Get Tickets" button to order your concert tickets now!