British alt-rock quartet, Wolf Alice comes to The Wiltern on Wednesday, October 19th 2022 with Crows and Luna Li supporting this leg of the Fall Tour. The 2022 Brit Award winners for British Group are back in the land of the free this fall, after a hugely successful tour in the spring followed by a series of gigs in Europe and Australia, so, grab your tickets now, these Brits are definitely going places and won’t be hanging around! Plus, this is your chance to hear Blue Weekend, played live, a highly acclaimed album all over the world! 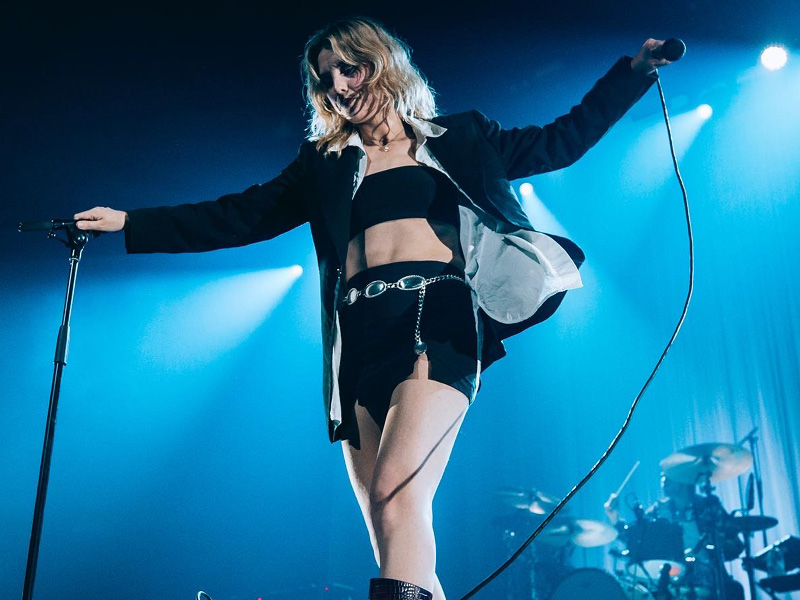 All the way from across the pond, in London, England, Wolf Alice originally formed as an acoustic band in 2010 featuring singer Ellie Rowsell and guitarist Joff Oddie, and in 2012, bassist Theo Ellis and drummer Joel Amey joined as full members.

The band released their debut single "Fluffy" in February 2013 and followed it with "Bros" in May, their debut EP, Blush in October, and its follow-up, Creature Songs, in May 2014.

By February 2015, the band were ready with their debut album, and released the lead single "Giant Peach." My Love Is Cool, followed that June and features the band's first hit single, "Moaning Lisa Smile", which peaked at number 9 on Billboard's Alternative Songs chart and was nominated for the 2016 Grammy Award for Best Rock Performance.

The band’s second studio album, Visions of a Life, from 2017, debuted at number 2 on the UK Albums Chart, and is ranked as one of the year's best albums by multiple publications, winning the 2018 Mercury Prize.

The band released their third studio album, Blue Weekend, in June 2021 to much critical acclaim again, featuring in many top 10 music end of year lists. The album was shortlisted for the 2021 Mercury Prize, and multiple NME Awards in 2022, as well as climbing to the top of the UK Album chart