For a night full of catchy music that will have you dancing come to The Wiltern, Los Angeles, on Saturday 13th August 2022 to party with Yacht Rock Revue. Tickets are on sale, so secure your seats now to guarantee your Saturday will be full of joy, singing and revelling in life. As the band says in their ‘Bad Tequila’ track, ‘Life gives you bad tequila, it happens to everyone… make a good margarita, we’ll have fun tonight.’ Prepare for a night of fun and music and book your tickets for 08/13/2022 at The Wiltern with Yacht Rock Revue. 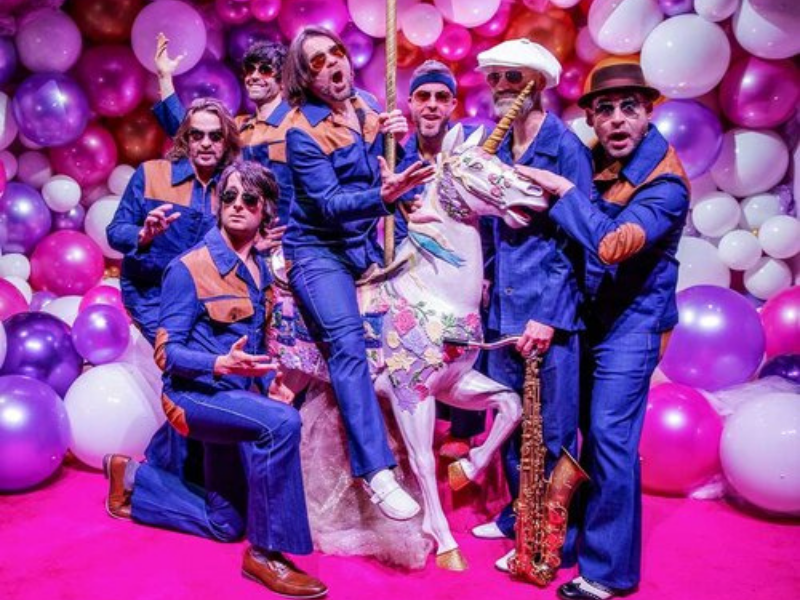 The Yacht Rock Revue band are a tribute to the idea that it is never too late for an old dog to learn new tricks or that it is never too late to follow your dreams. Formed in 2007 Yacht Rock Revue started as a tribute band to the music movement ‘yacht rock’. Yacht rock, also known as West Coast Sound, is a music style that is commonly associated with soft rock from the mid-1970’s to the mid 1980’s. The genre draws mainly on smooth jazz, R&B, soul and disco and focuses on light, catchy melodies. The Yacht Rock Revue band started as a side project for the 7 membered group but is now so successful and popular that it is the main focus of all band members. The band strikes a chord with listeners, the catchy music they covered fulfilling a need that people want – that life isn’t all bad and joy can be found. In fall 2019 the band released their first original single titled, ‘Step’ which was followed by their first original album, ‘Hot Dads In Tight Jeans’ in 2020. Join Yacht Rock Revue on 08/13/2022 for a night of pure fun and music. Book your tickets today.