Do you want to witness Zach Bryan perform his massive hits "Something in the Orange," "From Austin," "Heading South," and many others in one epic and intimate concert? If you are one of the thousands of fans of the rising country superstar, then you should grab a ticket to his show this October 18 at The Wiltern. The 26-year-old guitar-slinging artist will be bringing the excitement of his "American Heartbreak Tour" to the intimate Los Angeles venue to perform most songs from his latest album. Bryan's tunes that show his poignant lyricism and incredible musicality will surely envelop the walls of the Wiltern and will make you feel myriads of emotions. Grab your tickets now and prepare to experience a Springsteen-esque communal concert experience this October 18. See you there! 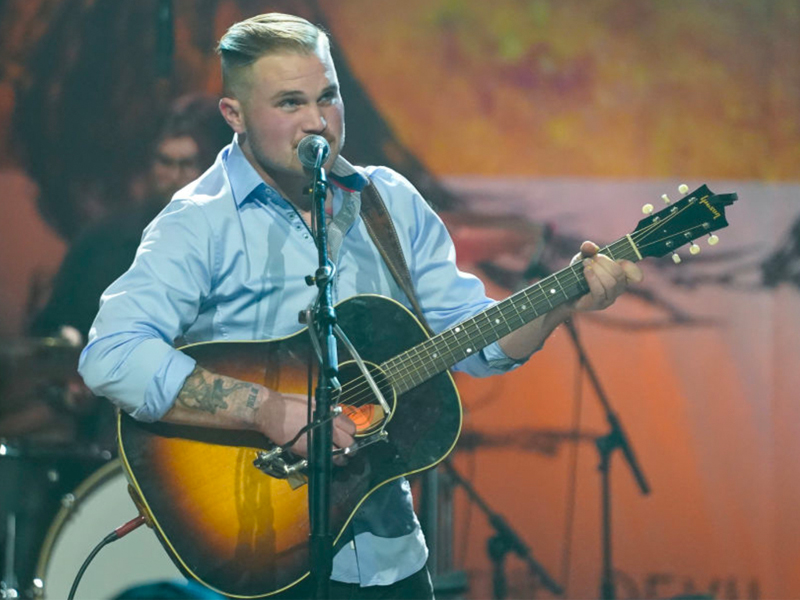 From opening to the likes of Luke Combs, Nathaniel Rateliff & The Night Sweats, Charles Wesley Godwin, Willie Nelson, and other country stars, Zach Bryan is one of the most promising country singer-songwriters to have emerged in recent years. Thanks to his poignant and incredible songs, revealed in his honest, raw lyricism and musicality, Bryan captured the hearts of millions of his fans worldwide. He proved that he isn't like any other "white guy with guitar" singer; instead, he is one of the few to look out for.

His song "Heading South" became an instant hit after a video of him performing the song went viral in 2017. Bryan used the exposure to explore his love for songwriting even more. In 2019 he released his debut studio album DeAnn, which was dedicated to his late mother. The album was a success and enabled Bryan to gain some momentum. He continued this newfound recognition with his second album "Elisabeth" in 2020. His single "Heading South" sealed the deal for Bryan. The album reached the charts for both the Country and Heat charts and peaked at number 7 on the US Folk charts.

He released his third album in 2022, and it is already slated to be his most successful yet. The album's lead single, "From Austin," already peaked at No. 9 on Hot Rock & Alternative Songs Billboard Charts even before the entire album was released. The single "Something in the Orange" also made history by making the highest entrance on Hot Rock & Alternative Songs this year, surpassing the No. 5 arrival of Machine Gun Kelly and blackbear's "Make Up Sex." Needless to say, the song is one of the best songs of the year, and the 34-song album is both a commercial and critical success. Adding to this successful album this year is a nine-track EP called "Summertime Blues," which he just released this July. It is clear that Bryan is spoiling the fans with his incredible songs.

If you are one of the fans of the ring country star, you should see him live this October 18 Tuesday at The Wiltern. Get your tickets here by clicking the "Get Tickets" button.